Our team off to the Congo Canyon finally left Southampton after two COVID-19 tests and a quarantine period.

On the way out they passed the new day job of one of the former Masters of the RRS James Cook that they are currently on.

Its as along as the Cook too and just over 100m.

The team off on the long haul to the Congo Canyon have taken with them a multitude of projects – one of which is the repair of the shot firing system and multichannel recording system that belongs to the UK’s National Marine Facility.

Sadly once fixed a fundamental flaw in its “brain” was discovered which is a job for the manufacturer.

One step forward; two steps back.

Looks nice in its new case though – if a job’s worth doing.

We have also been repairing and various parts of the recording system as well that we’ve developed a “command centre” for.

Not only does this allow the system to be run, but various QC tools have also been developed to appraise a wide variety of parts of the total dataset as its acquired, primarily to check for system operation and need to do repairs and maintenance whilst being used.

The James Cook does not have the fuel capacity to make it from the UK to the Congo Canyon and back without refuelling.

So on passing Tenerife in the Canaries, a quick pit stop at the fuel station took place. Two weeks’ of passage still to go at this point. 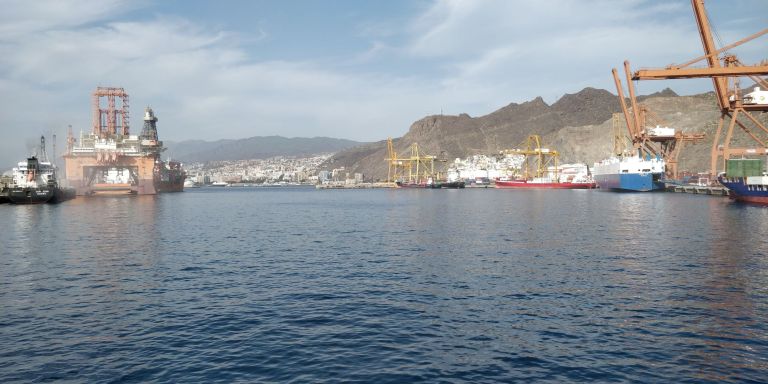 Science invariably takes advantage of vessels of opportunity and this instrument recovery is no different.

In this case the UK’s Met Office have asked for two drifters to be deployed in the vicinity of the Cape Verde islands as we passed by.

The cardboard goes all mushy as it absorbs water and thus enables cables and sensors to deploy progressively over time; it is also biodegradable. 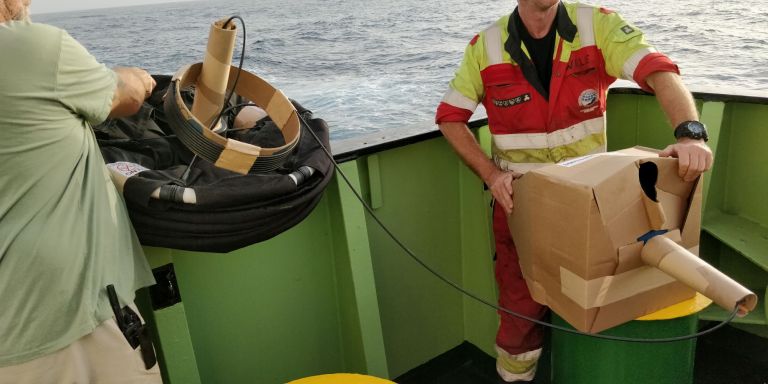 Out team arrive in the Congo at the weekend when the real work will start.

Back in the lab the remaining team members are organising the logistics for these operations, for example the return freight from the Azores.

When not doing that, they are carrying on the development works.

Any development requires testing, and normally testing requires also building a test rig to simulate how the developed board would be accommodated and integrated within our datalogger – one job inevitably turns into two.

These boards were “printed” in house and have had their components added in-house too. 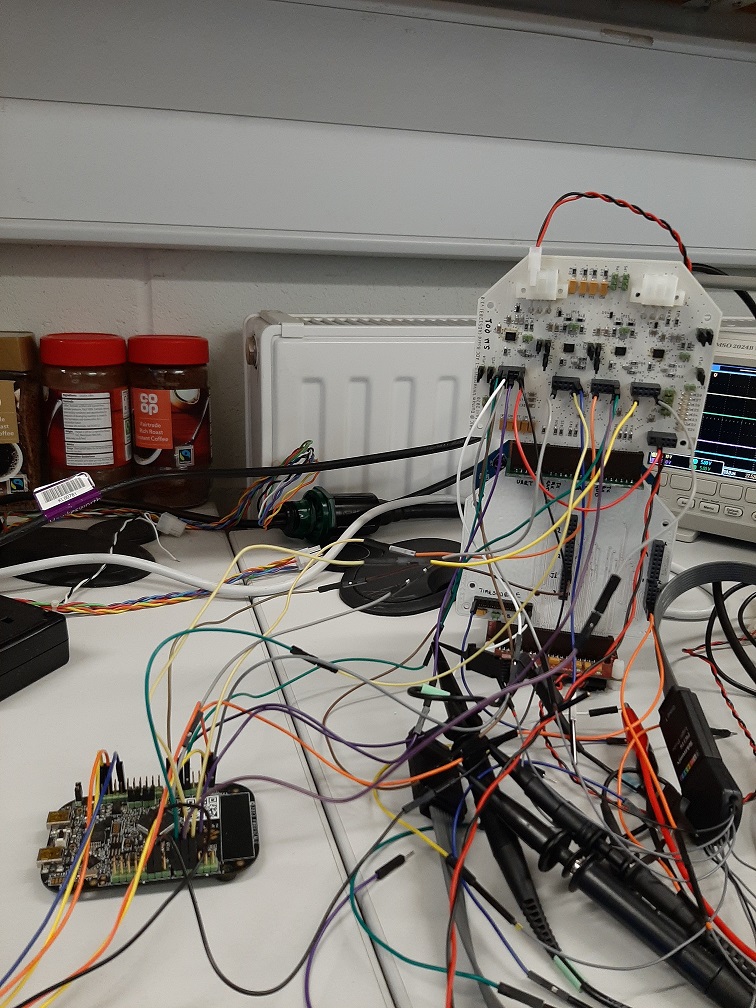 As you can see if takes a lot of wires to connect the development board (top white) to the other systems that are simulating a datalogger (bottom left on desk) and also to access the test points ……… which results in the need to build the test rig interface (bottom white below).