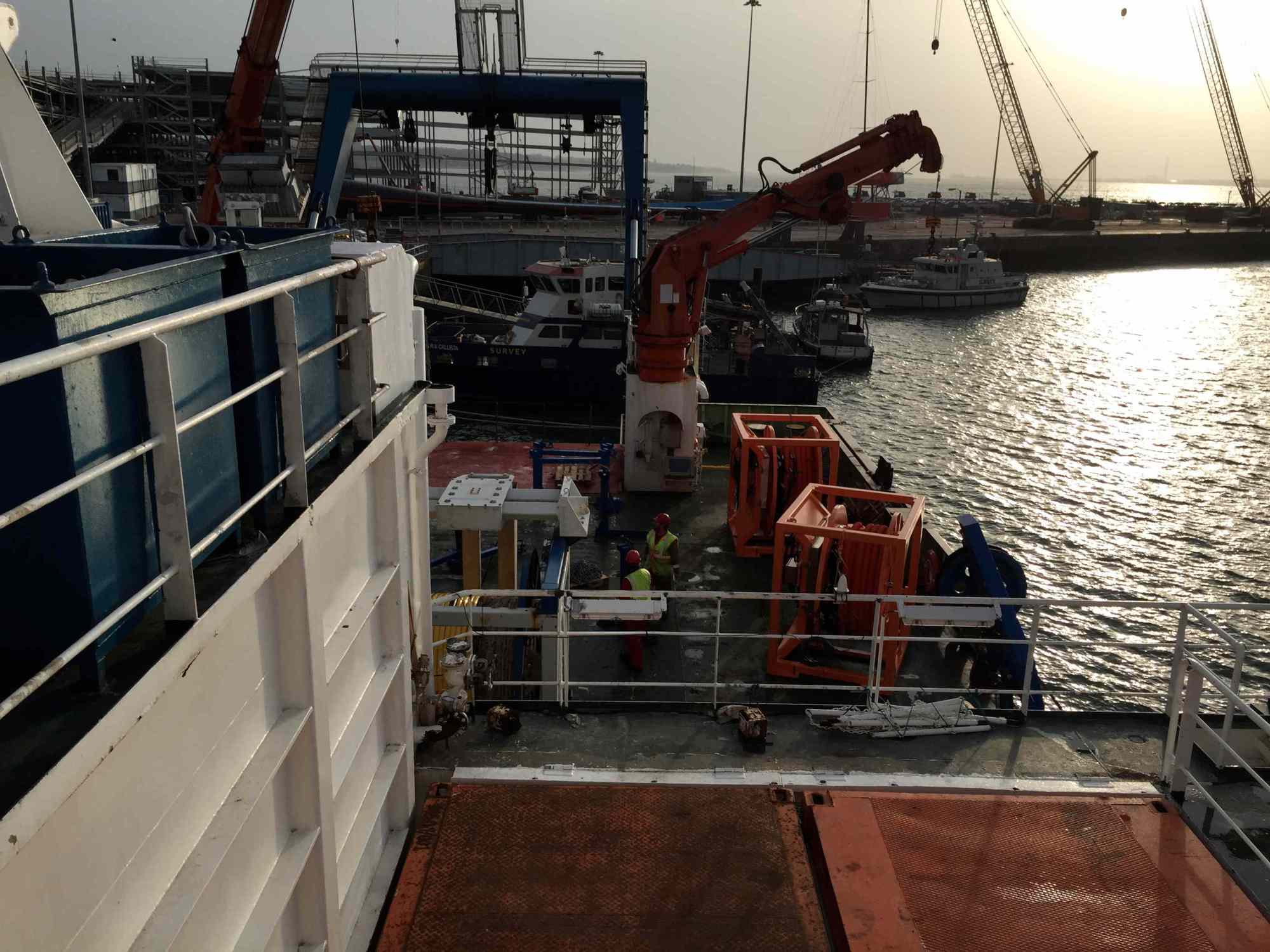 Today saw the loading onto the deck of the multichannel seismic streamer winch, ready to have the 3000m of sensor cable wound on, then an end-to-end test, and the seismic sound systems. This panorama shows the stern deck is far from the empty place it was yesterday. The multichannel streamer winch is in the centre of the panorama, with the streamer itself the yellow cable.

The orange winches house the air hoses and electrical cables that are used to operate the sound source when it is being towed, and its tow system is still being assembled on the yellow tow beams (left of shot) 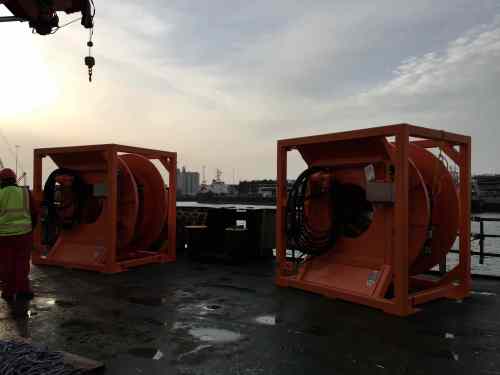 Here is a close-up of the umbilical winches with the air hoses and electrical cables already wound on. They are welded to the deck. 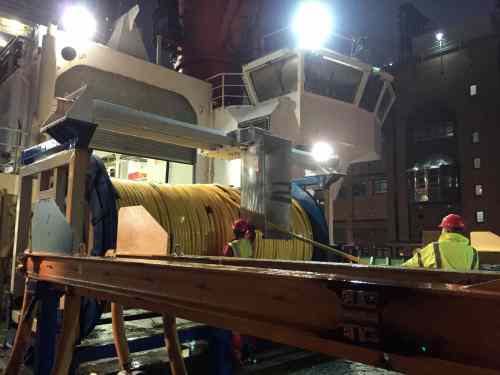 The winding continues into darkness as this is a job that has to be complete today, to enable the rest of the equipment to be installed tomorrow. 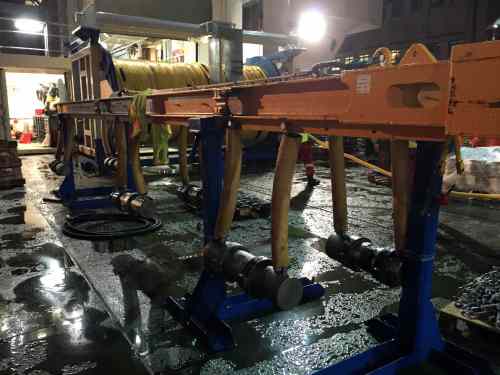 The seismic sound source – called an array as it is made up of multiple sound generating airguns – so called as they work by venting high pressure air into the water column. Three airguns are towed beneath each tow beam, and we will be towing 12 airguns like this during the cruise, with a further airgun towed from a cable. A close-up of an airgun. 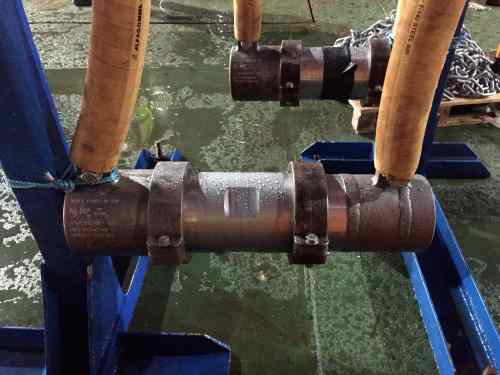 And the ocean-bottom seismograph lab is starting to take shape as well – we are building some new pressure housings for testing at the start of the 13N research cruise so that we can use them in anger later on. For the pressure tests we pack the tube with wood to remove most of the air in case the tube fails, and implodes. If there is little volume of air to implode, the size of the resulting shock wave is also minimalised – hence the wooden packer for the tube – again bespoke made. 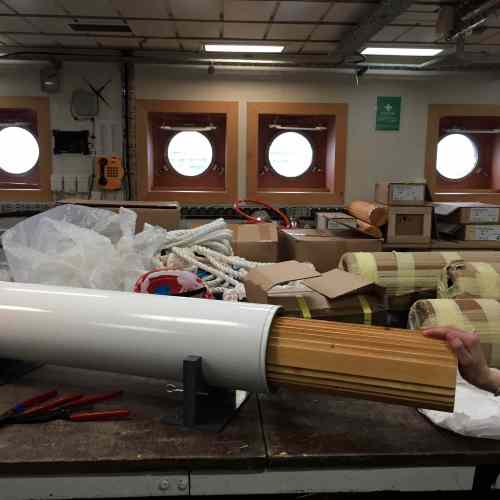 And we have quite a few of these tubes built, packed and ready to be tested as soon as we reach international waters off the Cape Verde. 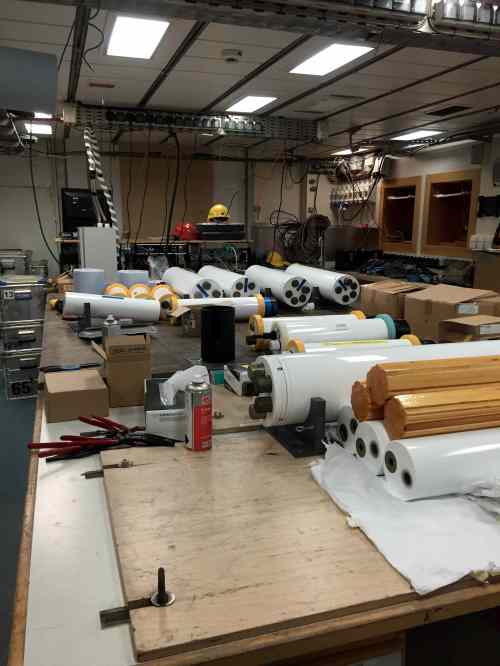