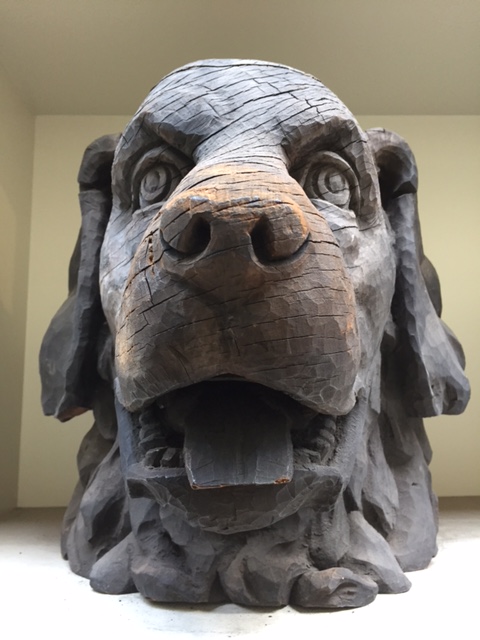 Although we spend a lot of our time preparing for, delivering and repairing after scientific data acquisitions, there are a lot of other things that we have to make sure that we keep on top of too.

One of these is ensuring that our 20′ sea freight shipping containers always have valid “MOT”s – they have to have an inspection every few years and, if passed, get issued with a new certificate of shipping worthiness which has to be fixed to the front lefthand door.

If it doesn’t have one of these certificates a shipping line won’t load it on one of their vessels.

We have had several that have needed their certificates renewing recently as well as having to buy a new one because we have completely run out of storage space.

One of the data acquisitions we undertook in 2017 resulted in the top of one of these containers being squashed and bent inwards.

So given that we were buying a new one and would have a crane on site to lift some up, we also took the opportunity to get this one repaired which required it taking a trip to a mechanical engineering company and having some of its top strengthener cut out (the bent bit) and a new piece welded in (to square it back up) – all for the princely sum of ~£40 – about 10% of the cost of a brand new one.

And here it returns, the tricky bit is getting it back into its space with very little room to manoever.

It arrived on a lorry with its own crane attached – which for this purpose was adequate because the container was empty and the lift wasn’t over a long distance.

Once off the lorry, it needs to be spun through 90 degrees ….. 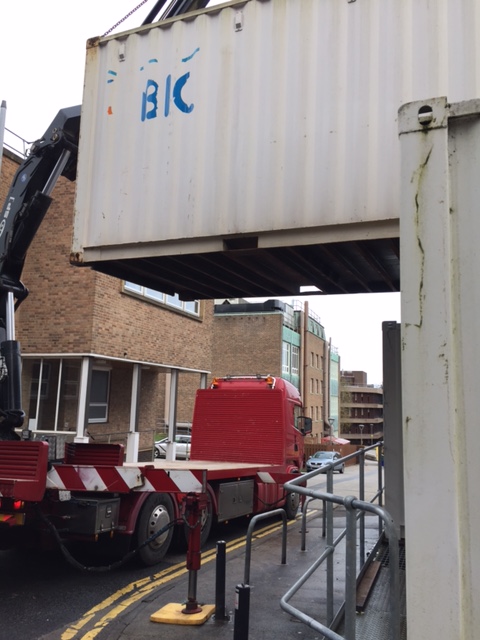 …. and very gingerly lowered into its slot …….. it was a very close thing

…. and were we worried we’d got our measurements wrong? At one or two moments certainly!

Did it fit where it touched? It did! 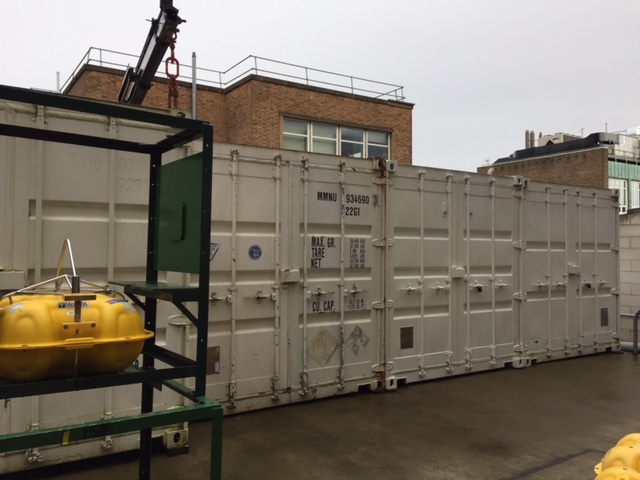 Although these all look the same from the front, and you would be hard pressed to spot the new one ……

….. it is really quite obvious from above.

And its looking like our oldest one is going to need a scape and paint in the not too distant future as well.

Why do we paint our containers white we hear you ask?

Well its all about reflecting the sun, which keeps them much cooler inside than they would be if painted a darker colour than white.

Application of a bit of physics …….

One of our on-going developments involves us measuring the Earth’s magnetic field on the seabed.

Scientists want to do this because there is a lot of “atmospheric” signal …. as they call it …. which comes from many sources both man-made and natural such as the sun’s solar radiation.

The water blocks this out.

Doing anything on the seabed that requires electronics requires:

i) keeping it dry, and

ii) stopping it being crushed under the pressure.

So not only to we have to build some electronics to provide it with power and log the numbers it generates, we also have to build a pressure vessel ….

…. and one of the biggest problems with a pressure vessel is creating through-puts to route the power and extract the data, which also involves some form of connector.

We are taking this opportunity to try out a new kind of connector (for us), although they have been on the market for a while.

And the important criteria are how many pins?

Its another Goldilocks problem – not too many pins, not too few, but just the right number.

And it is also a matter of how easy are they to plug and unplug.

And perhaps an even bigger question is how big are they?

In this case it has been the connector that has governed how big the pressure vessel has had to be ironically, and not the sensor being put inside it.

And with a connector – whether that be a plug connector or a socket connector – comes its “dummy” and its collar (the orange and blue to match our “colours”). 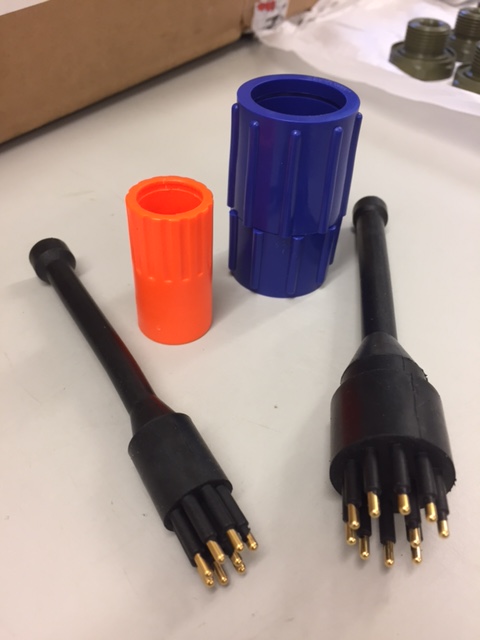 Above are the dummies for the connectors that will be used for this new magnetics development.

What’s a dummy? – well it is essentially a protection device for the socket or plug while it hasn’t got a cable plugged into it – it stops pins getting bent, muck getting into sockets and so on.

But …… they are very expensive, and often more expensive than the plug or socket they are designed to protect.

So our new pressure vessels and their end caps have arrived …. made from aluminium (not magnetic – that’s very important in this case), covered in a protective green metal coating called anodising, and then painted into our “in house” style.

One end cap accommodates the plug, and the other has a blanking plug that screws in once both end caps are on – otherwise they won’t go on at all due to the enclosed air becoming pressurised and the plug is screwed in.

And here it is fully assembled, with hands for size. 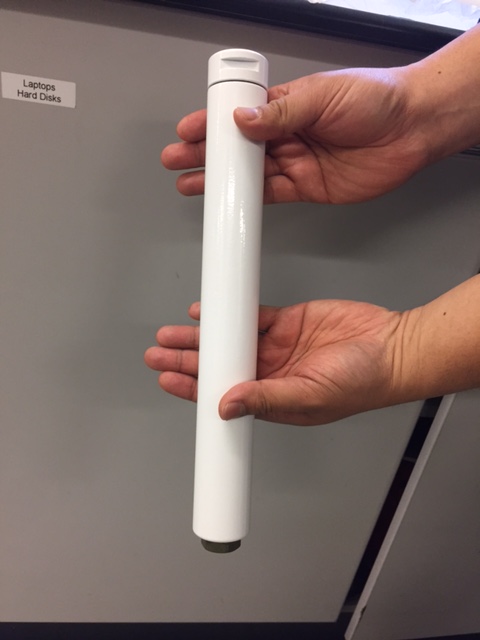 What is the collective noun for plugs?

And just to show you how small (for us) the smallest is …… a finger belonging to someone who needs a manicure it seems. The owner says its “battle hardening” from many years of instrumentation activities.

So now we have all of these parts, they will shortly get a visit to a pressure tank, and be cranked up to the pressure of the deepest seabed that they are likely to be used at.

We do not deploy anything onto the seabed until its had a very good pressure test to ensure that it does not leak or implode which is even worse.

On a related front – to plug this magnetic sensor into our datalogger requires a modification to its “front end”.

We have already had this development ongoing for a while to accommodate a range of seismic and electromagnetic sensors.

The prototype is built in its various parts, including a means to set its time and communicate with it ….

and the printed circuit board (PCB) that’s been fabricated in the lab is currently sitting in the test rig on the bench being run in, and challenged in a variety of ways to check its performance, and also its power consumption.

As we only have battery power to run everything when an instrument is deployed onto the seabed, the challenge is always to build everything to have as low a power consumption as possible.

So its not just a case of does it work? It is also a case of how little power does it draw?

And no-one can do science without coffee or tins of tasty treats ….

And it really won’t look like this once its in final finished form – promise!