We’ll get to that later.

The team are back and have reported on what they found in Martinique, starting with a sunset over the Atlantic en route, chasing the sunset as they headed west. 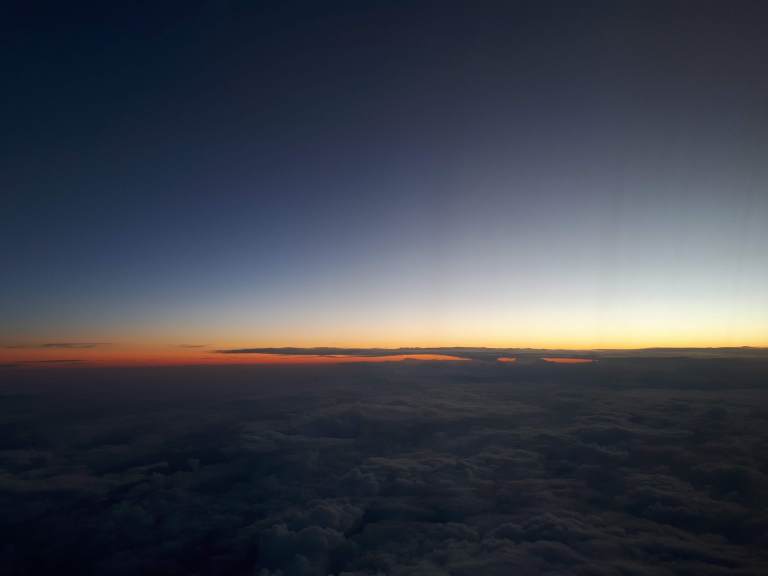 Then they hoped into the hire car and headed upwards towards the peak of the highest mountain – pointing out that its actually raining.

Up is not nrmally the way we go to recover instruments. 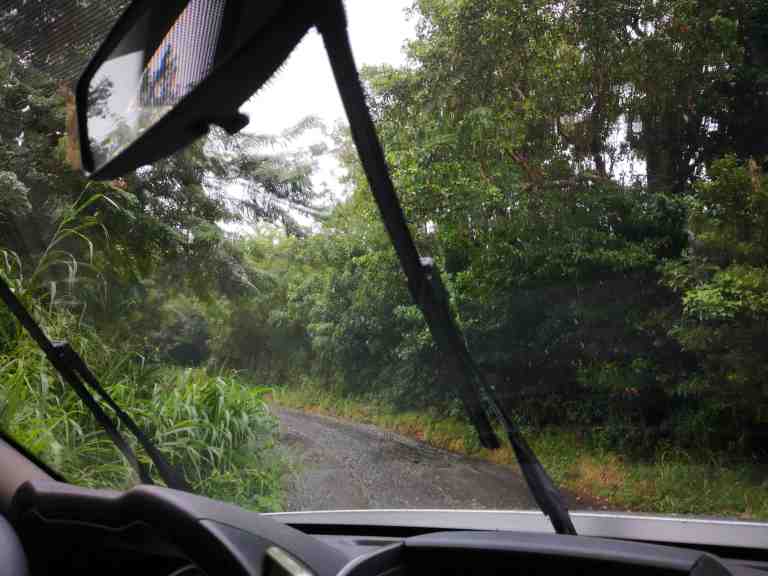 Arrival at the volcano observatory revealed a weather station …….

… and a view of the island – not bad even if the cloud is down. 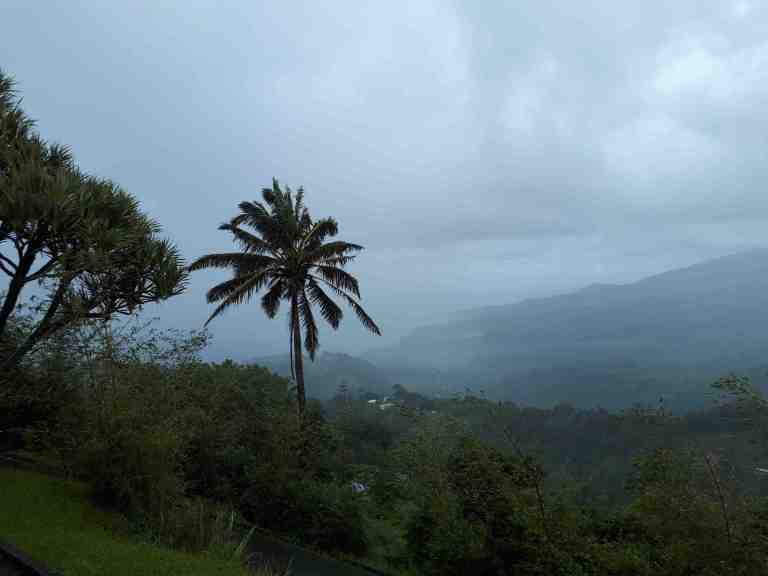 And there it is – in the rat garage. The observatory technicians very kindly gave it a first pass pressure wash to get the worst of the “biologicals” off.

So the first job for the team was a disassembly to investigate the state everything was in. 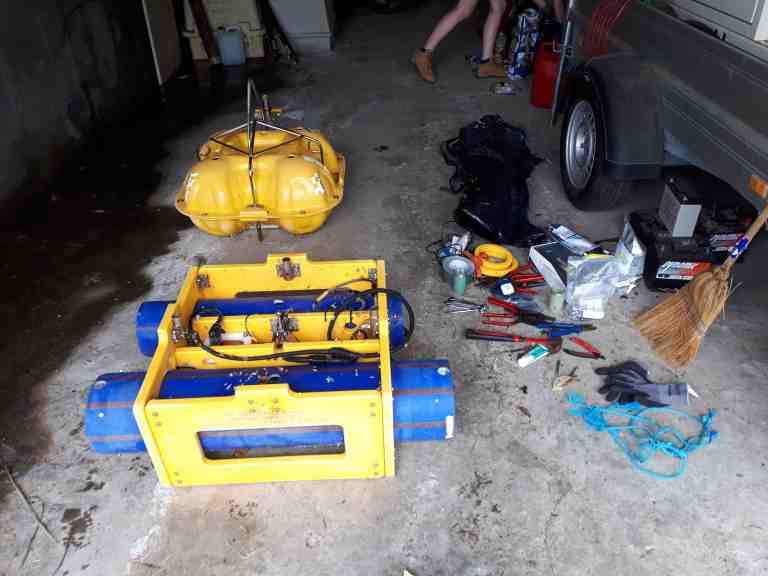 An up close inspection revealed a fair old collection of biologicals stilling clinging on – these are apparently Goose Barnicles that frequent the shallow waters of the continental shelves – and as they are not too big yet, this platform didn’t hang around making its way to the beach.

So off to the Hypermarket for scrubby pads and all sorts of other bits and bobs to encourage their departure. 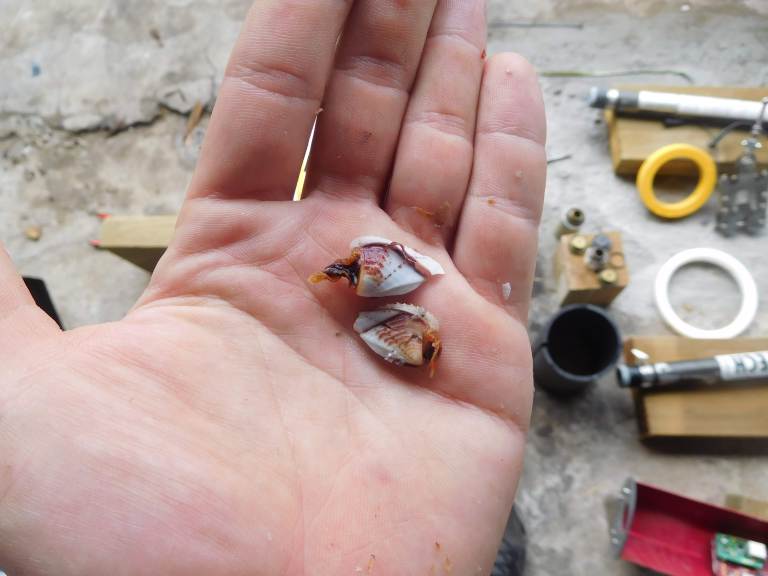 Even little baby ones cling on tight to the main datalogger pressure tube end cap.

If you look close there is a clue on here to suggest what was found inside.

One of the blanking plugs was significantly corroded …. sufficient to eventually burrow a hole right through and let some water in. 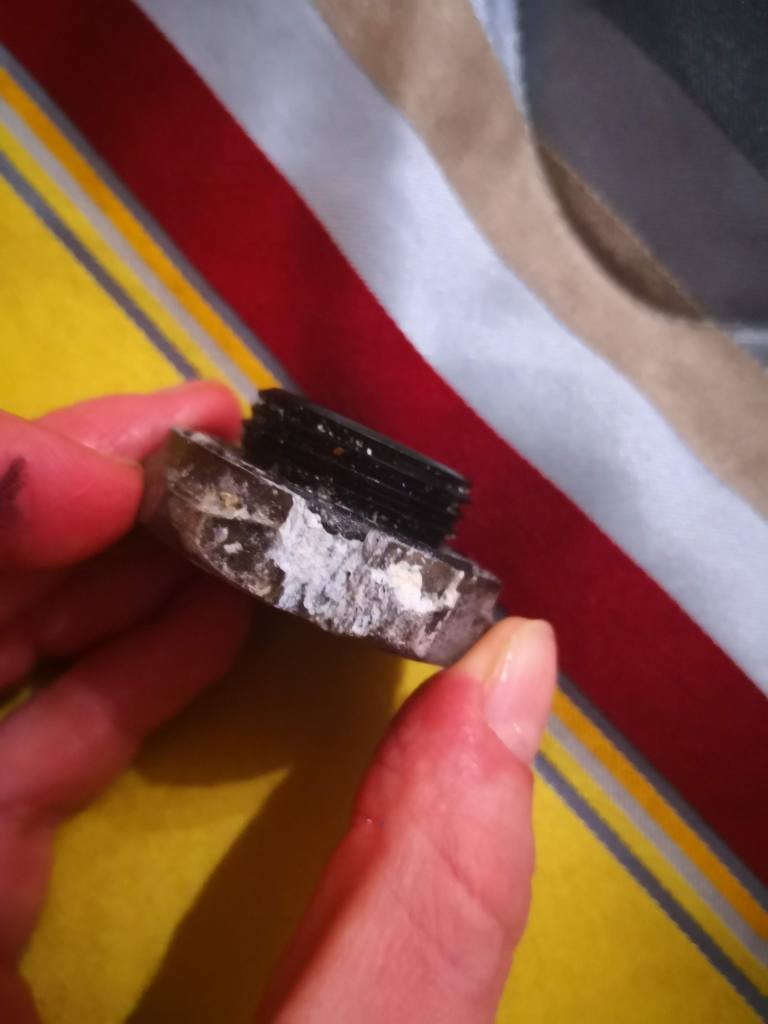 So this is something we very rarely have to do ….. not only wash the outside with fresh water …… but also the inside.

This water must have got in after the primary battery went flat as the electronics aren’t completely fried and neither is the battery ruptured. However, the brain of this datalogger will have to be “retired”.

But what about the data storage card? Leaving any kind of electronics in water, let alone salty water, is never a good idea, even for a short amount of time. The possibility that its been like this for more than two years didn’t give much hope for anything on the data card being recoverable.

Scruubed clean – everything then went in the car and off back to the hotel for drying out, a go at data recovery, and packing for the journey home.

Not what you normally find in a hotel room – we wonder what the cleaners thought? 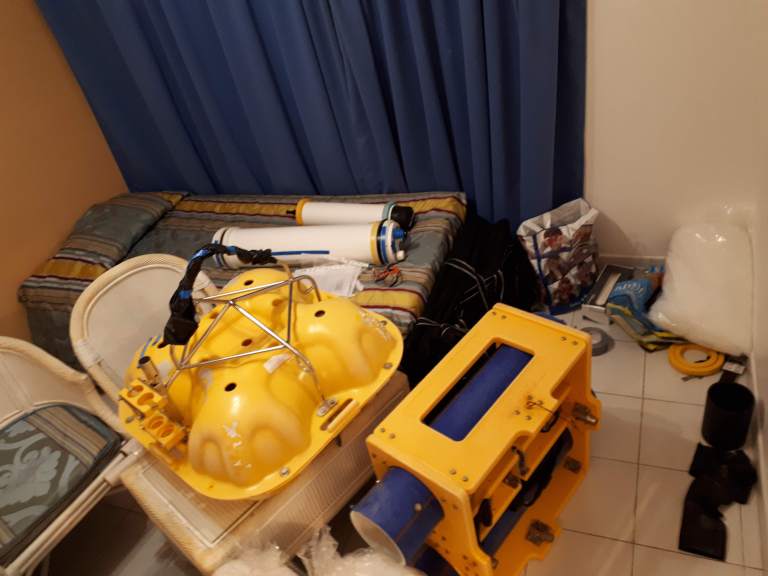 How many hotel bathrooms have geophone packs and cables furnishing their white wear?

Everything made of stainless steel survived remarkably well, especially the frame brackets, but even the nuts, bolts and washers.

Another trip to the Hypermarket to purchase bags and padding – pressure tube ready to be packed in a duvet.

Even this is addressed just in case.

We had a thought about building one of these as an OBS deployment tank ……. trees rather spoil the view.

A bit of time was left before the flight home for a quick paddle in the sea.

Before off to the airport to hand the bags and their precious contents over to the safe hands of Air France.

And a sunset to set us on our way home.

And the rice you ask …. well after two days sitting in a tupperware tub full of the stuff, the time had come to attempt to read these – rice is the best thing for drying out electronics – so the next time you drop your phone in a sink …….

Its recorded every shot fired during the entire research experiment – including the signals from the long profile acquired with the contingency time at the end – signals from over 170 km away. 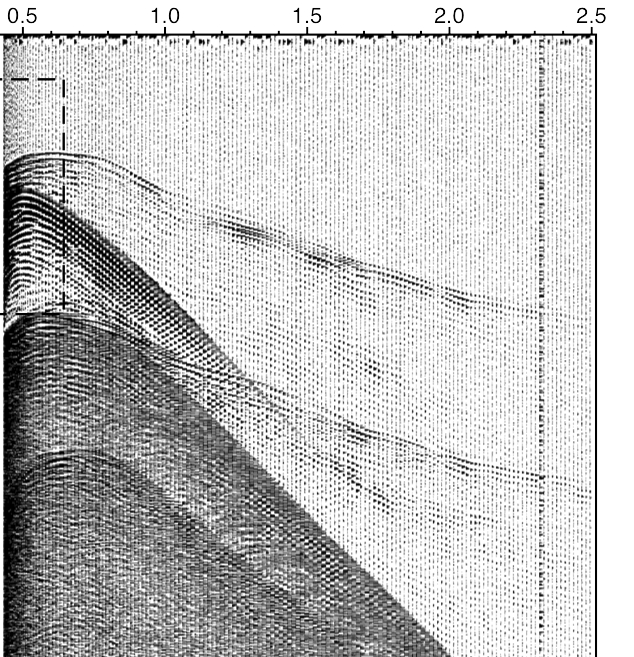 Was the rescue mission worth it – you bet – this data is priceless to the scientists involved in the project.

The Boss is currently giving it the once over to check it out and work out just exactly where it landed on the seabed as it seems to have gone quite a long way on deployment – more than 2km in fact in only 3km water depth.

Once she’s done that and we’ve applied the location corrections the scientists will take it away and add it into their model of the sub-seabed in the 13N area.